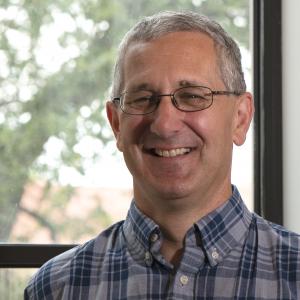 Peter C. Caldwell is the Samuel G. McCann Professor of History, Chair of the Department of History, and one of the founding directors of the Program in Politics, Law & Social Thought. His work has focused on the meanings of democracy and constitutionalism in Germany’s first republic, conservatism and state theory, legal theory and the welfare state, and the economics and law of planning under state socialism. His first book, Popular Sovereignty and the Crisis of German Constitutional Law: The Theory and Practice of Weimar Constitutionalism, appeared with Duke University Press in 1997, and in 2003 Dictatorship, State Planning, and Social Theory in the German Democratic Republic appeared with Cambridge University Press. A third book on Ludwig Feuerbach, Moses Hess, Richard Wagner, and Louise Dittmar, appeared with Palgrave-Macmillan: Love, Death, and Revolution in Central Europe. He is presently working on a project linking the development of political thought and culture in West Germany to the real and perceived crises of the welfare state.